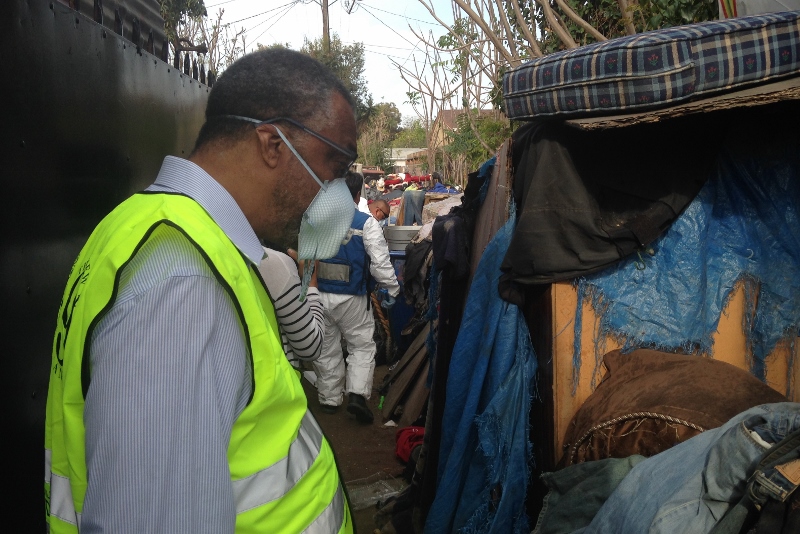 Since taking office, Councilmember Curren Price has prioritized community beautification in the New Ninth as a key strategy to turnaround the district’s neighborhoods and improve the quality of life for all residents. This has included allocating new resources and staff time to coordinate a clean-up campaign that prioritizes blighted areas throughout the 9th district. One area of focus in this campaign is alleys, which have been a long-term eyesore for the community. South Los Angeles has one of the highest concentrations of alleys in the entire city and many of them have fallen into deplorable conditions and have become dumping grounds for trash, bulky items and toxic waste, presenting a real concern to residents.

“Alleys in our community really are the arteries that run through our neighborhoods and yet, over the years, we have allowed them to fall into tremendous disrepair, neglect, and in the worse cases they are really creating inhumane living situations for residents,” said Councilman Curren Price. “Well these conditions are simply unacceptable and I am committed to making sure the city is doing all it can to fix these corridors. No one should have to live next to mountains of trash and toxic waste.”

Since July, Council District Nine has collected more than 880 tons of trash including more than 100 tons of trash in March alone. Working in partnership with Bureau of Sanitation and local non-profit Coalition for Responsible Community Development, the strategy is to tackle at least two alleys a day in addition to the other clean-up efforts which include graffiti removal and bulky-item pickup.

LAPD Senior Lead Officer Daniel Marrufo said problem alleys like the one on Broadway present a challenge for law enforcement, many times attracting crime and drug use to communities. A 26 year veteran of LAPD, Marrufo said the Broadway alley was among the worst he’d ever seen. He applauded Councilmember Price’s efforts and commitment and said local officers were eager to help keep the area clean.

Councilmember Price also urged community members to get engaged and involved with the clean-up efforts.

“We simply cannot do this work alone – it’s just not sustainable - without the community’s help and partnership,” Price said. “I really believe that if the community sees that the city is investing in them and their safety, they will also join our effort and we will be able to finally turnaround our community making it a place where we can all be proud to live, work and play.”