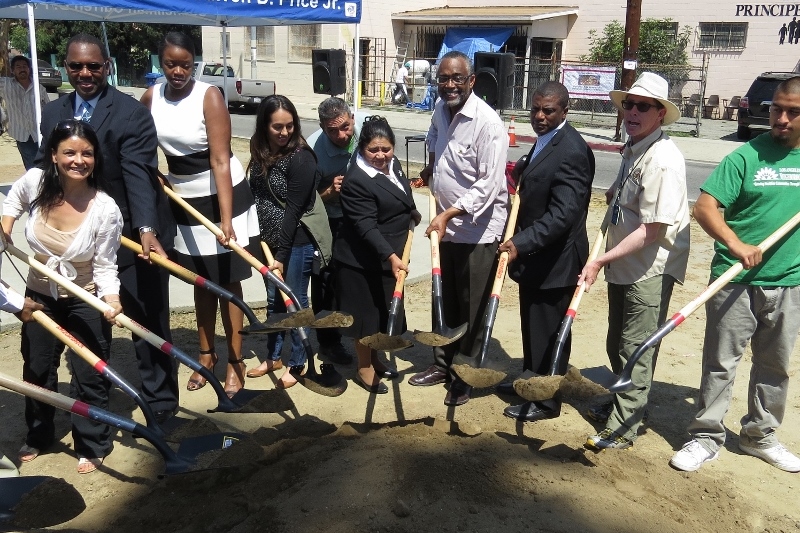 The Avalon and Gage Park was first identified by CANNDU neighborhood council and local residents in 2002. The goal was to create a neighborhood space for the densely populated but park-poor area. What started out as a plan to bring some planters and seating to the intersection of avalon and Gage quickly grew into a dream of creating a park for residents of all ages to enjoy. In 2009, the Los Angeles Neighborhood Land Trust got involved and worked with the neighborhood council to secure Prop K funding as well as facilitate  a community design process.

"The creation of a family-friendly park in an area of the city in which few such open spaces exist was a long but inspiring process," said Alina Bokde, Executive Director of the Land Trust. "It was only through the commiment of our many community, funding and Los Angeles City partners, that we were finally able to have this project become a reality."

Local residents have already formed a committee to manage the space and assist the Land Trust in maintaining the facility. The park has also received funding support from First5LA, The Rosalinde and Artur Gilbert Foundation, Wells Fargo Urban LIFT, CRA/LA and the City of Los Angeles, with Proposition K funds.