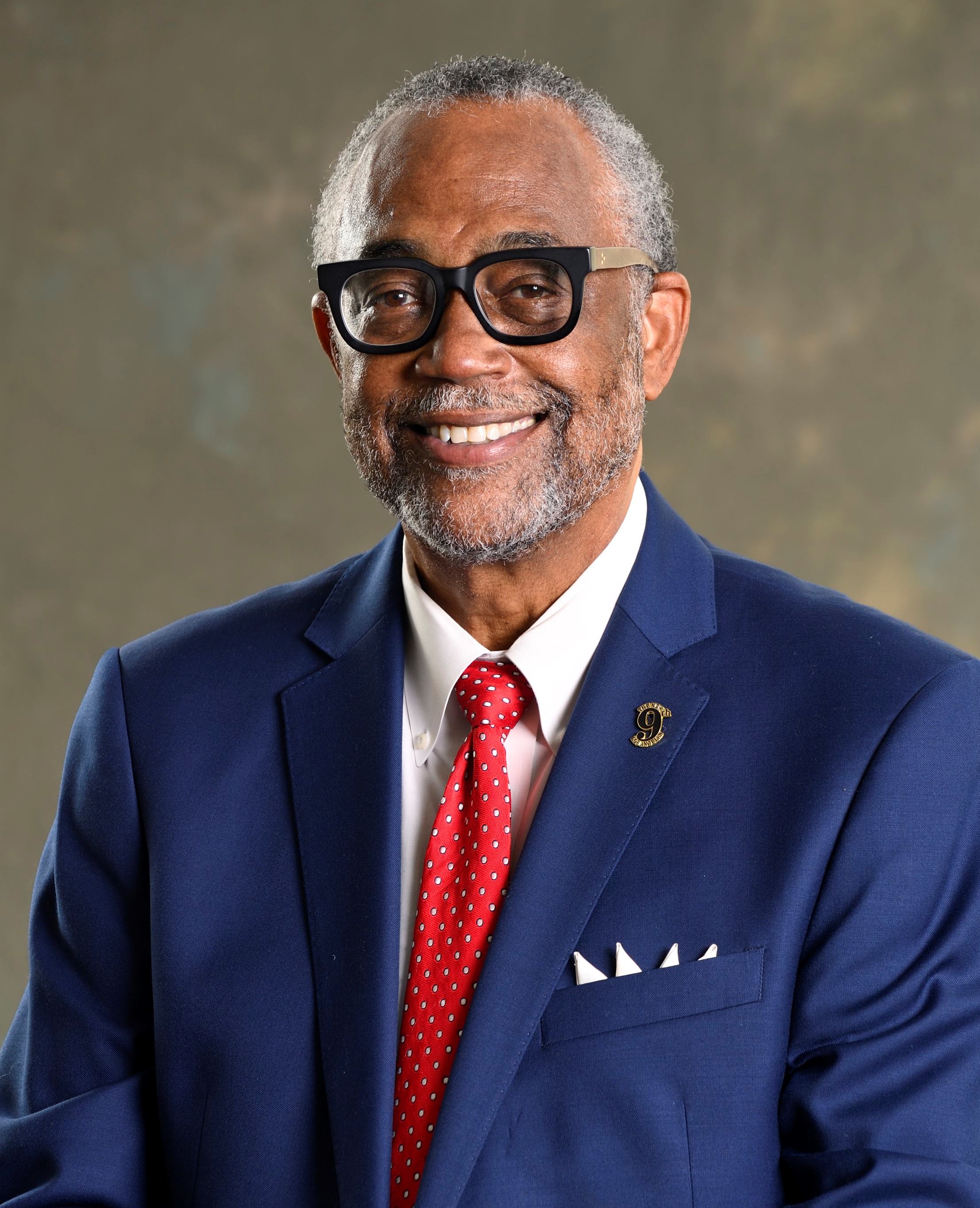 Curren D. Price, Jr. was born and raised in the Los Angeles City Council District that he was elected to represent in 2013 and overwhelmingly re-elected to the position in 2017. His first job as an adolescent shining shoes gave him a perspective on the struggles of working-class families and cemented a lifelong commitment to serve his community.

In his role, Price is focused on building a more thriving future for local families, which includes economic growth and opportunity, increasing affordable housing, working to reduce homelessness and defending the rights of immigrants. His agenda is guided by his deep-rooted desire to make South LA a vibrant place where people want to live, work and play.

Since the onset of the coronavirus pandemic, Price has been focused on bringing relief to marginalized and vulnerable populations. This includes assisting neighbors in a variety of ways such as in the distribution of personal protective equipment (PPE), drive-thru food giveaways, meals for seniors, and increasing access to COVID-19 testing sites and mobile vaccination clinics throughout the District.

In 2021, Price initiated the charge to implement a Guaranteed Basic Income pilot program in Los Angeles. The initial $6 million he proposed for a Council District 9 only program turned into a $35 million program that will now benefit nearly 3,000 Angelenos who will receive $1,000 a month for one year.

During Price’s tenure on the City Council, the NEW 9th has experienced a renaissance that is bringing unprecedented prosperity. Since taking Office, he helped usher in $4 billion in private investment with historic projects like the Los Angeles Football Club (LAFC) soccer stadium, Lucas Museum of Narrative Art and renovation of the Los Angeles Memorial Coliseum. Price has insisted that all major projects have enforceable community benefit agreements that include local hire requirements.

As a former entrepreneur, the Councilman is a strong supporter of small and minority businesses, and in October 2014 opened the Business Resource Center (BRC) inside his District Office to provide constituents access to business development tools, services and resources.

To address homelessness challenges, Price has sought to implement a series of comprehensive policies that protect property and people experiencing homelessness. Price has deployed portable toilets, hand washing stations, mobile hygiene trailers and “safe parking” programs in the District. He continues to work with staff and community stakeholders to identify emergency, temporary and permanent supportive housing solutions. Vulnerable groups targeted for special outreach include single parents, veterans, seniors and youth. Under Price’s leadership, more than 2,200 units of affordable and permanent supportive housing units have been approved since 2018. Of those, nearly 900 units are expected to be completed in 2022.

Price has persistently fought to improve the lives of working people. In 2014, he introduced a policy to raise the wage for hotel workers to $15.37 per hour. In 2015, he led the fight to raise the minimum wage for workers in the City of Los Angeles to $15 an hour by 2020. Price also championed the adoption of paid sick leave for Los Angeles workers. In response to the COVID-19 public health emergency, Price played a major role in establishing “hazard pay,” an emergency ordinance which provides more than 26,000 grocery store and drugstore workers an additional $5 an hour for 120 days.

The Councilmember has a personal commitment to expand access and opportunities so that current and future generations can achieve the American Dream. He introduced and carried the Fair Chance Initiative across the finish line, which allows formerly incarcerated individuals to have a shot when applying for a job. Price also was front and center in the fight to decriminalize street vending and was a leader in the establishment of the City’s first sidewalk vending ordinance. Councilmember Price championed the City’s homelessness prevention program called "Solid Ground,” which went into effect in 2020 and aims to catch Angelenos and their families before they fall into homelessness.

Price has a long track record of standing up for immigrants, and he believes that keeping families together is the humane thing to do. Since 2017, he has allocated $1.5 million to the Central American Resource Center (CARECEN) and Coalition for Humane Immigrant Rights (CHIRLA)—allowing two of the most trusted immigrant advocacy groups to expand free legal services, community education and outreach in South LA. The respective Council District 9 programs set aside financial assistance to help pay the citizenship application fees of permanent residents living in CD 9. It included other immigration relief services such as family petitions and deportation defense for local constituents, as well as aid to individuals with Temporary Protected Status (TPS) and assistance with Deferred Action for Childhood Arrivals (DACA) application and renewal fees.

Through this unique partnership, CHIRLA was able to open a satellite office inside Councilman Price’s Constituent Service Center. The collaboration with both of these groups has allowed the organizations to coordinate a series of workshops and clinics in schools, libraries, recreation centers, and other trusted common places throughout the District.

The Councilmember remains resolute in his objective to raise the living standards of all District 9 residents. Since 2013, he has successfully secured nearly $50 million to improve parks and recreation centers all over CD 9. He remains committed to improving access to City services and under his watch, hundreds of tons of trash have been removed from streets, alleys and sidewalks. In addition, hundreds of new trash cans have been installed and more than 1,000 trees planted along major corridors as part of his “Clean & Green” campaign.

Price has also been a strong advocate for culture and the arts. He initiated a Dia de los Muertos celebration in the District; he ushered in expansion of the iconic Central Avenue Jazz Festival and he funded acquisition of the historic Lincoln Theater for community use. In early 2021, he inaugurated Angels Walk Central Avenue to further document the history and legacy of African Americans on Central Avenue.

Prior to his election to the Inglewood City Council in 1993, Price started a small business (PDQ Printers) and served as a consultant with the Small Business Administration. He went on to serve in the California State Legislature as an Assemblymember in 2006 and Chaired the Assembly Committee on Elections and Redistricting, and he also chaired the powerful Committee on Governmental Organization. In 2009, as a State Senator, he chaired the Business and Professions Committee and was chosen by his colleagues to lead the California Legislative Black Caucus as Chair in 2010.

Price is married to Del Richardson Price and is a grandfather of three. In his free time, he enjoys traveling, art and music.

He received a Political Science degree from Stanford University and earned his J.D. from the University of Santa Clara, School of Law. Price holds lifetime teaching credentials for Adult Education and the Community Colleges.

Do you like this page?
Tweet
Community Calendar Report a Neighborhood Issue Business Resource Center
Tweets by @CurrenDPriceJr