In honor of Dr. Seuss’ birthday on March 4, Councilman Curren Price read to students from Dr. Theodore T. Alexander Science Center School. The initiative is part of Read Across America - a national effort to ignite a passion for reading and encourage lifelong learning among youth.

"It was heartwarming to be part of such a wonderful movement that seeks to ensure a good future for our students and helps shape the next generation of leaders," Councilman Price said.

Neighbors Come Out in Droves to Learn About Affordable Housing

Approximately 100 community members attended on March 2 a workshop that informed neighbors about the affordable housing process in the City and which was organized by Councilman Curren Price.

The event had the participation from the Los Angeles Housing + Community Investment Department (HCID) and the Housing Authority of the City of Los Angeles (HACLA). Developers were also on hand to talk about incoming affordable housing projects.

“Many people are unaware that CD 9 has the highest stock of affordable housing in Los Angeles,” said Councilman Price. “Currently, there are about 1,500 affordable units in the pipeline in my District. For this reason, it’s important to educate and empower the community.”

To see coverage from the event held at Maya Angelou Community High School, please click on the image below.

“What good is a minimum wage if employees are unable to work enough hours to make ends meet?” said Councilmember Price, who was a champion of the citywide $15 minimum wage and is Chair of the City Council’s Economic Development Committee. “L.A. retail workers live in economic uncertainty, making it difficult to predict their income, make time for school, or care for their families. It’s time the City of Los Angeles support retail employees by adopting a Fair Workweek policy.”

The new policy, which would affect retail businesses in the City with 300 or more employees, outlines six key regulations including: written and posted work schedules, two weeks’ notice of work schedules, right to request a flexible schedule/right to decline hours without retaliation, predictability pay, right to rest between shifts of 10 hours and access to additional hours.

Last year, the UCLA Labor Center released its “Hour Crisis: Unstable Schedules in the Los Angeles Retail Sector” report, which surveyed retail workers to investigate the scope of the sector’s scheduling problem. More than 147,000 people work retail jobs in the city of LA. Retail is the second largest employer in the county: 1 in 10 workers in LA County are working in retail, 84 percent of whom lack a set schedule.

Los Angeles’ family-sustaining workweek plan would ensure stable and predictable work hours, opportunities to work more, healthier workweeks with adequate rest, and a greater voice in when and how much they work. The motion is expected to be heard in the City Council’s Economic Development Committee in the next 45 days. A final ordinance could be ready for review by the City Council before the end of the year.

Watch coverage from our partners at  L.A. This Week by clicking on the image below.

The latest project along Central Avenue will create 74 one-, two-, and three-bedroom apartments for very low-income families and veterans. It includes 5,000 square feet of ground-floor retail space. The new development  pays homage to African-American singer and dancer Florence Mills who fought for equity and social justice during the 1920s.

“Florence Mills Apartments is an exciting development that will meet many goals as we address the affordable housing crisis and residential needs of Los Angeles,” Price said. “I look forward to this exciting example of progress in our District and creating affordable units for vulnerable populations of various incomes.”

This latest project complements close to 1,500 units of affordable housing coming to CD 9 over the next several years. Florence Mills Apartments is expected to be completed in summer 2020. Information on the selection process for housing on this development will be available in 2020.

"Hollywood Community Housing is committed to developing quality affordable housing developments that meet the needs of the community. Working with non-profit, private and municipal partners, this innovative development will pair 19 new affordable apartments for veterans and their families with on-site supportive services," said Hollywood Community Housing's Executive Director, Sarah Letts. "I want to thank our partners Councilmember Price, The Home Depot Foundation, National Equity Fund and Union Bank for working with us to make sure that affordable housing is within everyone's reach."

Community members attended on Feb. 27 an informational fair to learn about proposed emergency bridge housing in District 9 to help local homeless people living in nearby encampments.

Councilman Curren Price has identified a site on 2817 S. Hope St. to be considered for the temporary housing program. The facility would include up to 100 private beds for homeless men and women, as well as toilets, showers, onsite storage and meals.

This week’s open house brought partners together to share information related to crisis and bridge housing facilities, as well as social services available. The effort was part of Mayor Garcetti’s “A Bridge Home” temporary housing initiative. The citywide program aims to get Angelenos off the streets and on a path out of homelessness and into supportive housing until a long-term home is secured.

About A Bridge Home:

Watch coverage from our partners at  L.A. This Week by clicking on the image below.

Study Reveals Homelessness is a By-Product of Racism

"To address the most pressing issue of our time, we will have to take the corrective steps to combat racial inequality and disparities in America," said Councilman Price. “I encourage every Angeleno to read this groundbreaking new report and I look forward to implementing holistic solutions to reduce all homelessness and ensuring that more Blacks do not become homeless."

To read the full report, including 67 recommendations to create a broad framework that will advance equity and eliminate disparities, click here. 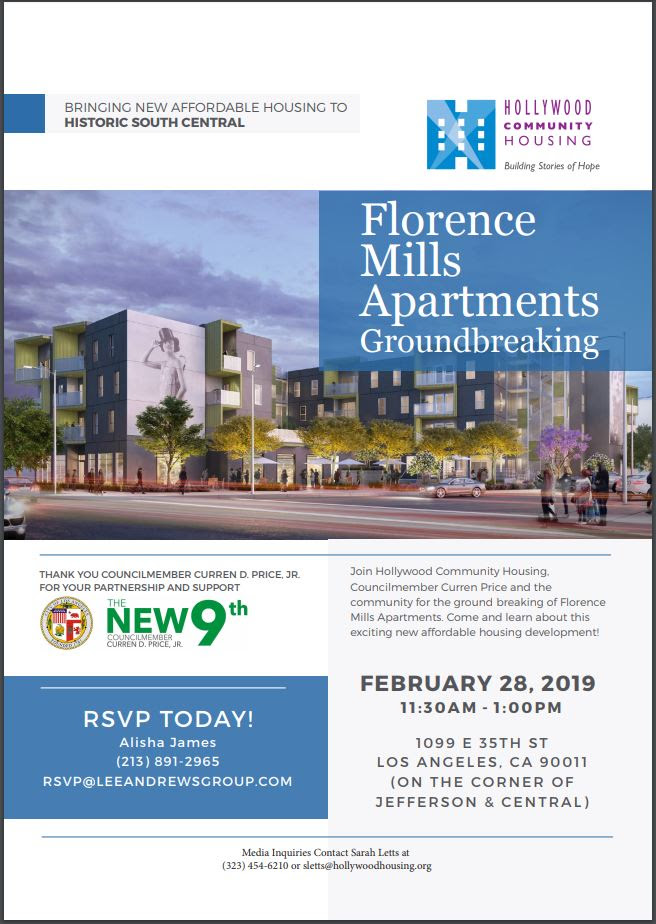 The community is invited to attend a groundbreaking on Feb. 28 for the Florence Mills Apartments, which will provide 74 units of affordable housing for veterans and families at the corner of Central Avenue and Martin Luther King Boulevard.

Increasing the supply of affordable housing is a key priority for Councilman Curren Price because District 9 is one of the most underserved areas in Los Angeles.

“Every individual—regardless of their background, income, zip code or immigration status—is deserving of safe, clean and quality housing,” Price said. “We must expand access to affordable housing to keep our neighbors from losing their homes and end up living on the streets.”

The latest project will pay homage to Florence Mills and the Jazz culture on Central Avenue. The application period for these affordable housing units will not open until 2020. However, during the groundbreaking, the public can obtain general information on the apartments. 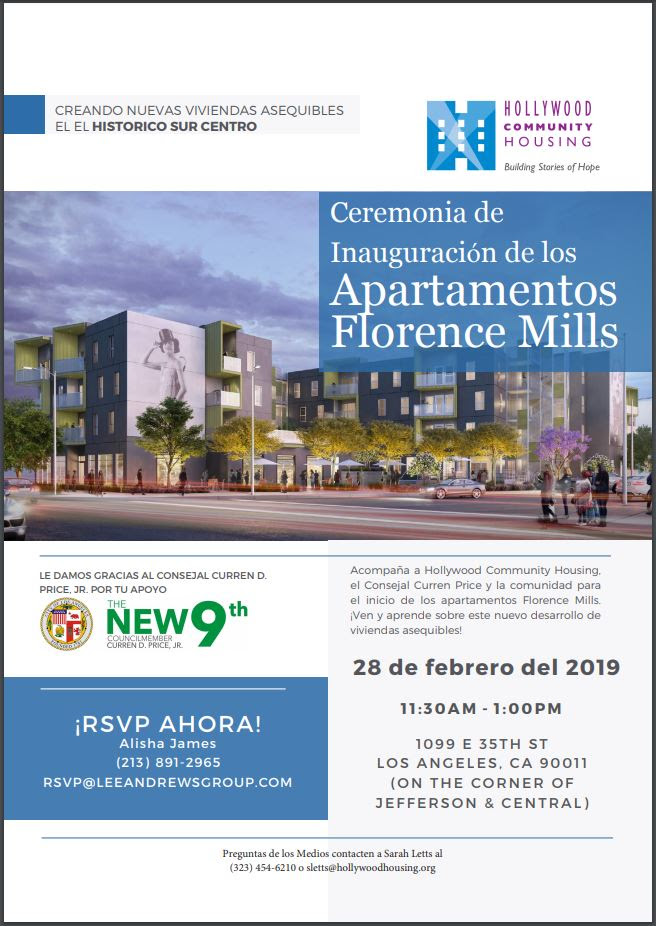 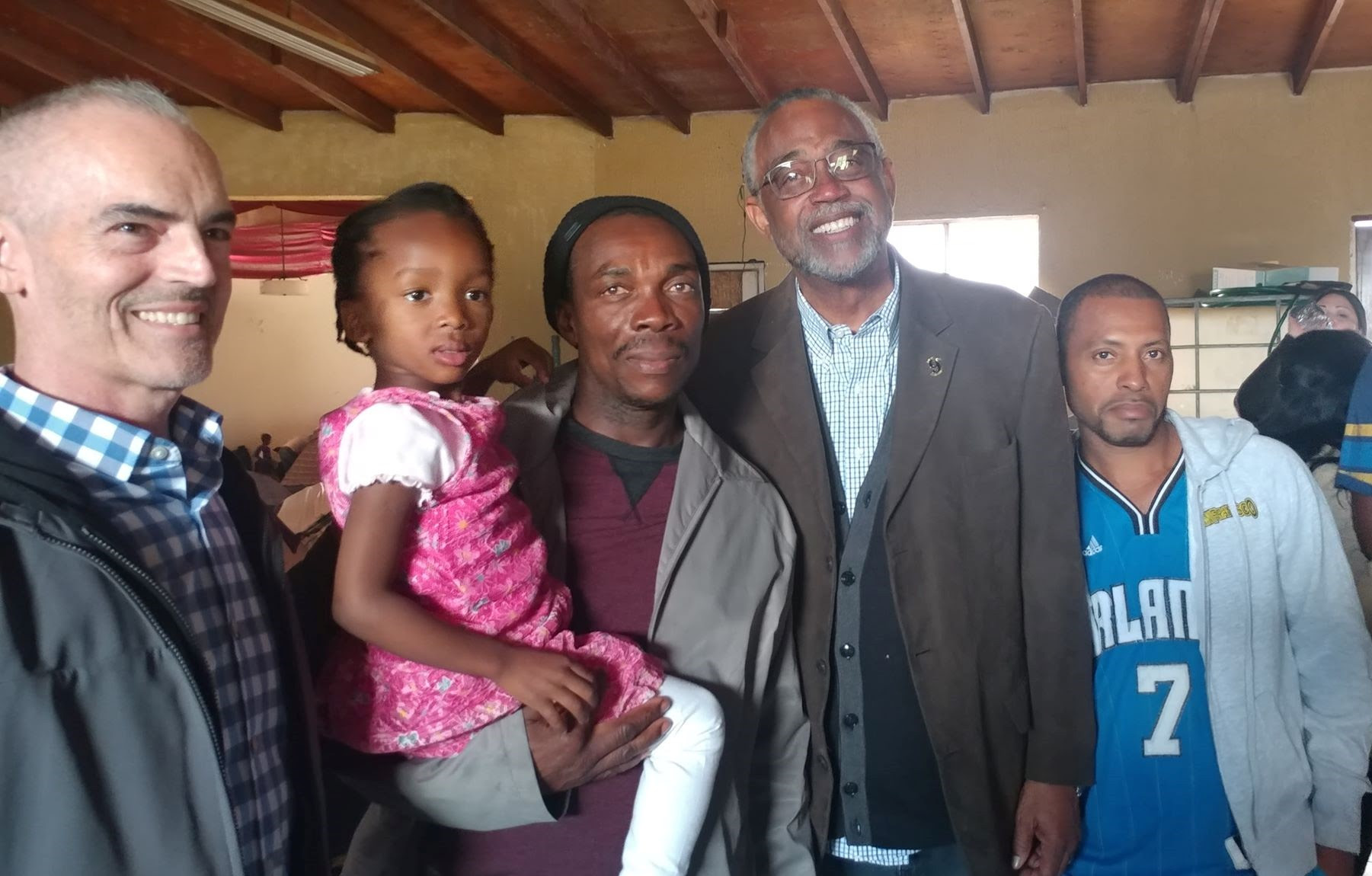 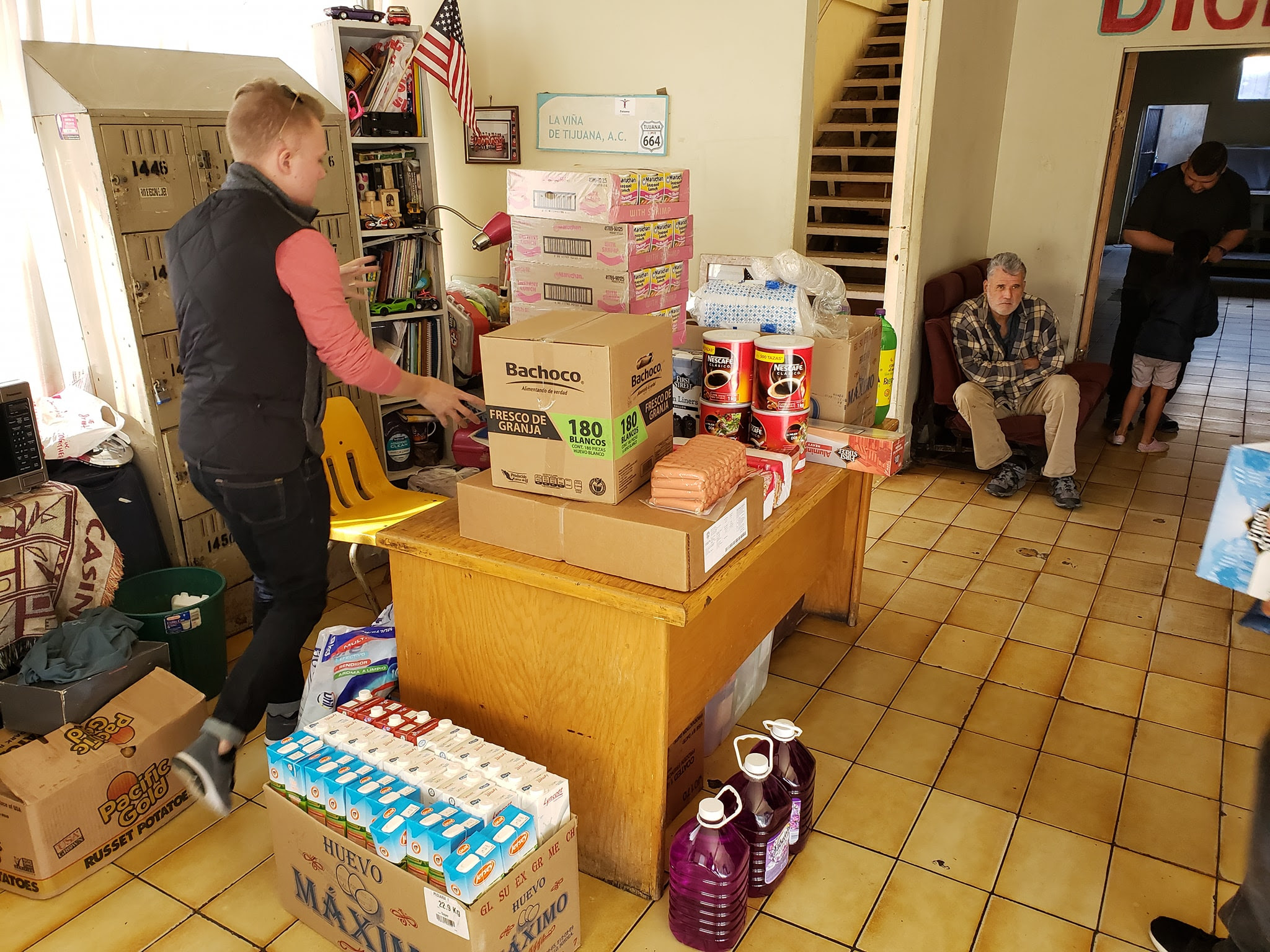 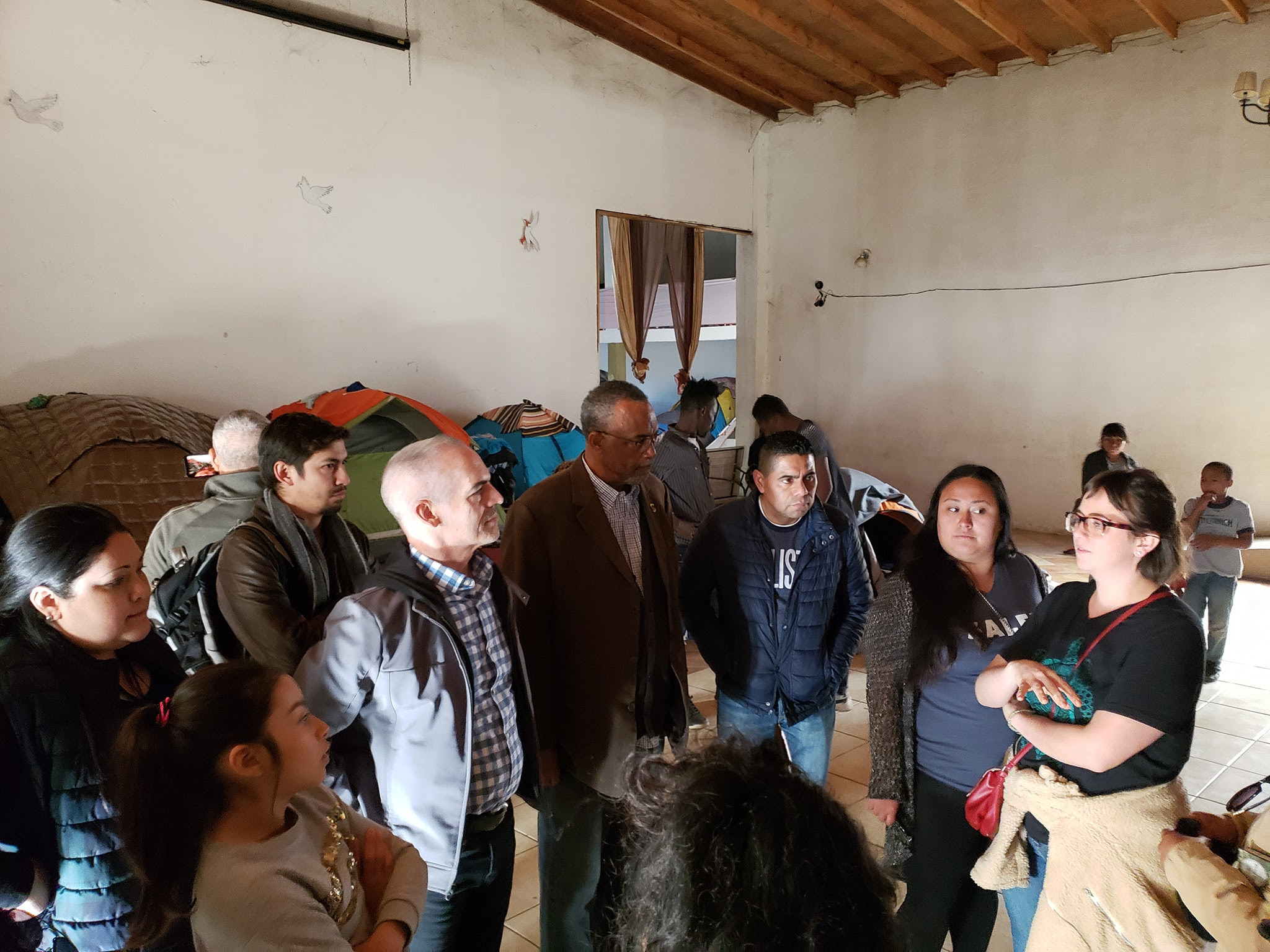 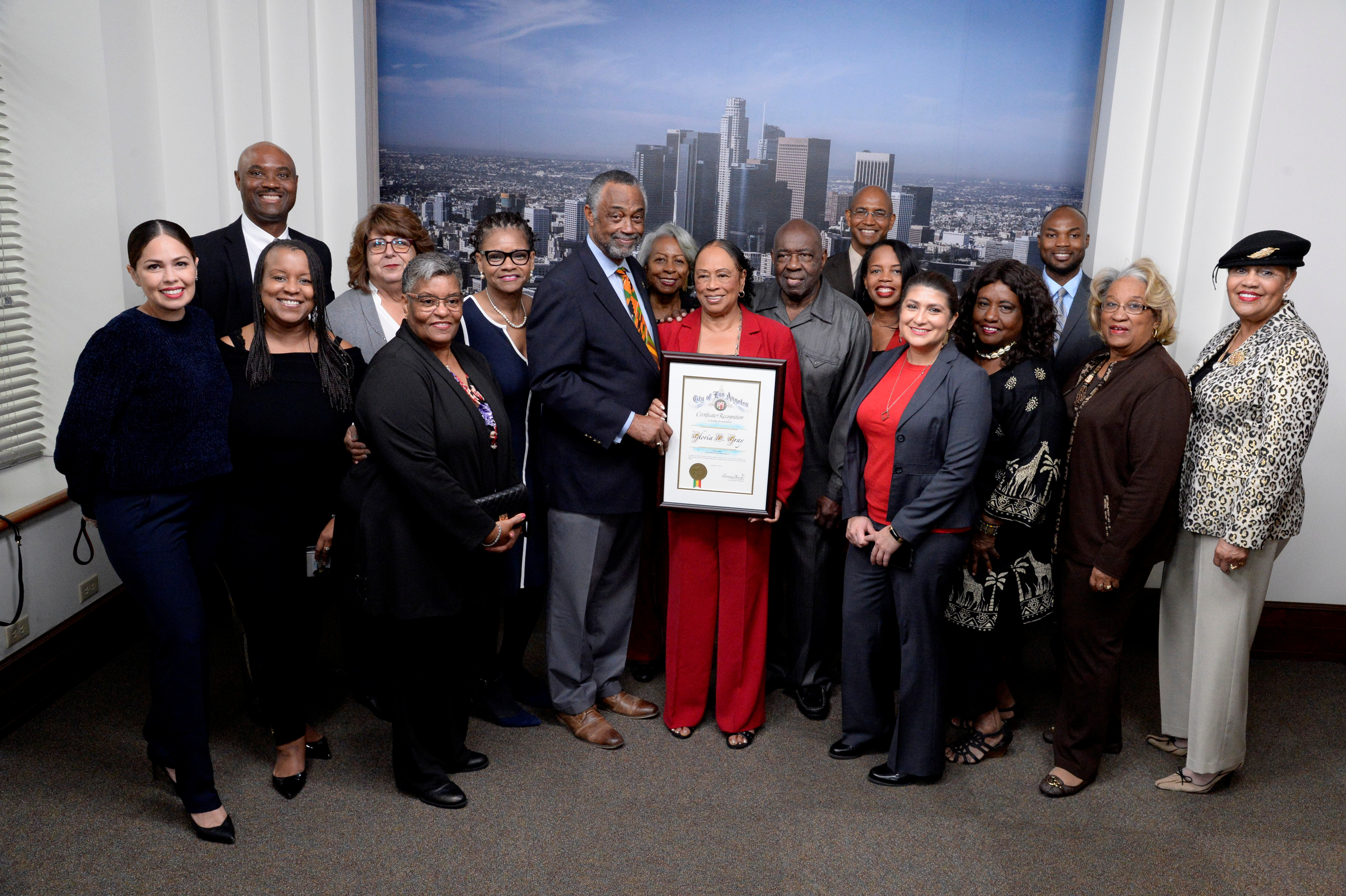 On Feb. 15, Councilman Curren Price led a special presentation as part of African-American Heritage Month highlighting the people and places that made a difference and had a major impact in District 9.

Councilmember Price recognized Gloria Gray, who was elected last year Chairwoman to the Board of Directors of the Metropolitan Water District of Southern California. He also honored Shelby Williams-Gonzales, the Executive Director of artworxLA, whose mission is to combat the high school dropout crisis by engaging students in arts-based programs. Price also celebrated the accomplishments of Lauren Mackey who opened Mackey Cleaners in 1963. 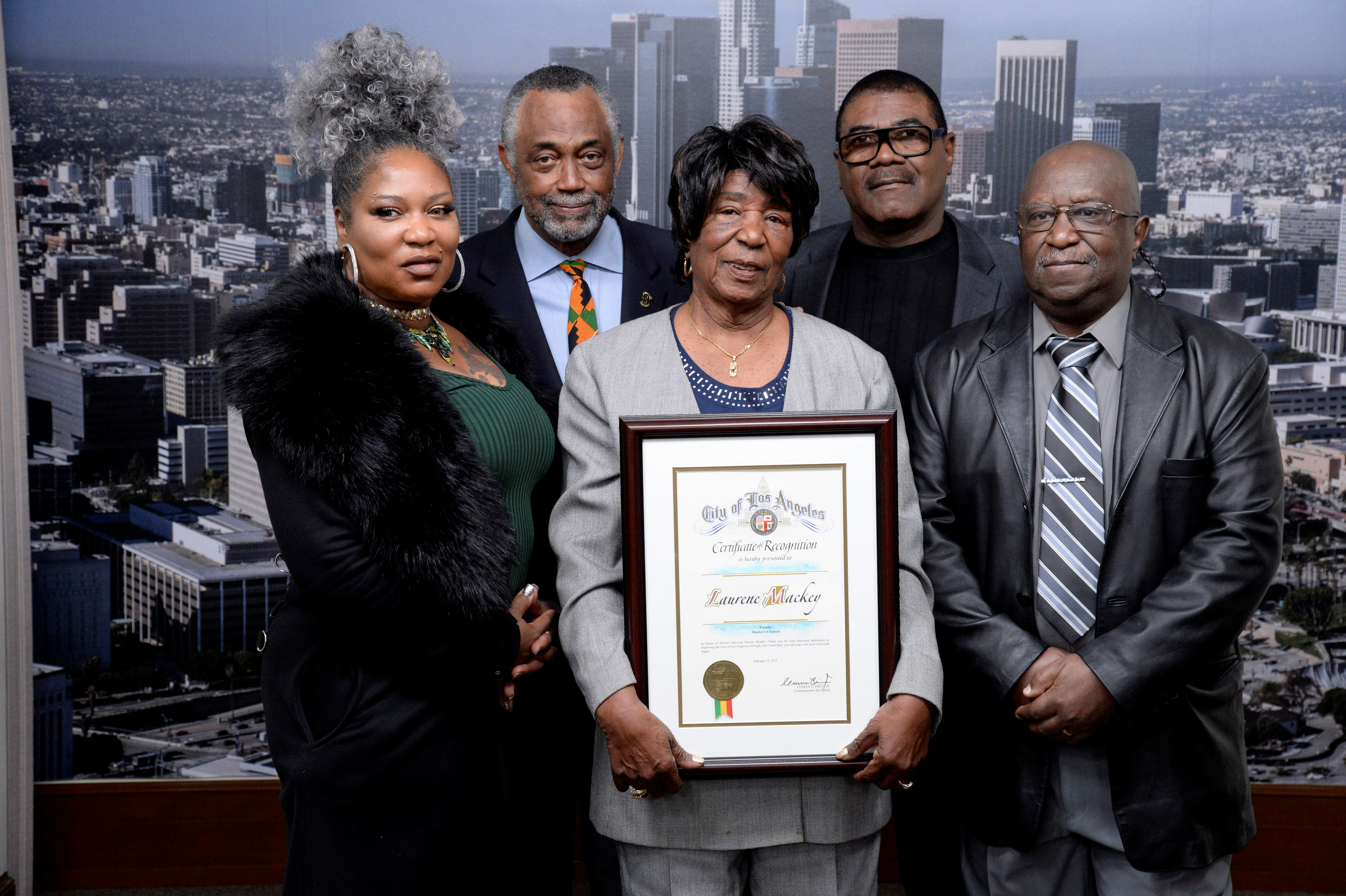 To close the presentation, Councilman Price showed a video, produced by L.A. CityView 35, on the Original Wrigley Field and the 1963 Freedom Rally, both taking place in the Ninth District. Click on the image below to watch a short video on LA's historical Wrigley Field.

On Feb. 14, the Los Angeles City Planning Commission voted in support of the catalytic “The Fig” project in South Los Angeles, proposed for the corner of 39th and Figueroa streets. This project marks the first time a development of this magnitude is brought south of the 10 freeway and into the heart of one of Los Angeles’ oldest and most historic neighborhoods.

If approved by the full City Council, The Fig will bring an unprecedented 82 new affordable housing units, a 298-room hotel, as well as 222-student and 104 market-rate housing to the Ninth District. The development will help activate the Figueroa corridor and bring much-needed tourism and economic activity to the area.

In addition to new housing, this project will create more than 1,100 good-paying, union jobs during construction with more than 30 percent of the workforce consisting of local hires and more than 440 permanent jobs when the project is completed. The Fig is expected to generate more than $5.5 million in tax revenues annually for the City, benefiting surrounding parks and schools.

“The Fig is crucial to meeting the challenges of our current housing and jobs crisis,” said Councilman Price. “Furthermore, it would net the City more than $5 million annually in tax revenues and has the potential to uplift current and future generations in the District.”